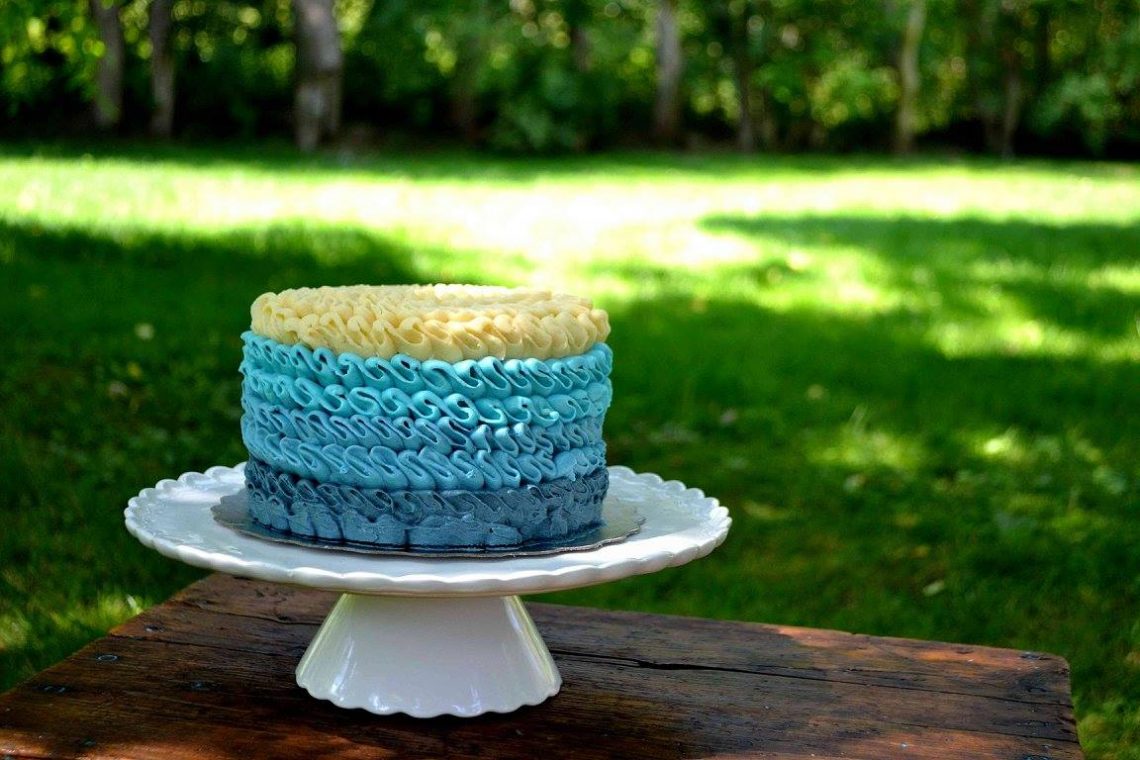 For as long as I can remember, I have loved baking.  Not just any kind of baking, though… cookies, squares and pies are fun to make, sure, but baking cakes has always been my thing. More specifically, decorating cakes is what I enjoy most.  To me, a cake is what a blank canvas must be to an artist: limitless creative possibility.  So, whenever the opportunity to make an extravagant cake presents itself, I don’t hesitate to volunteer!

Here are a few I have made to date: 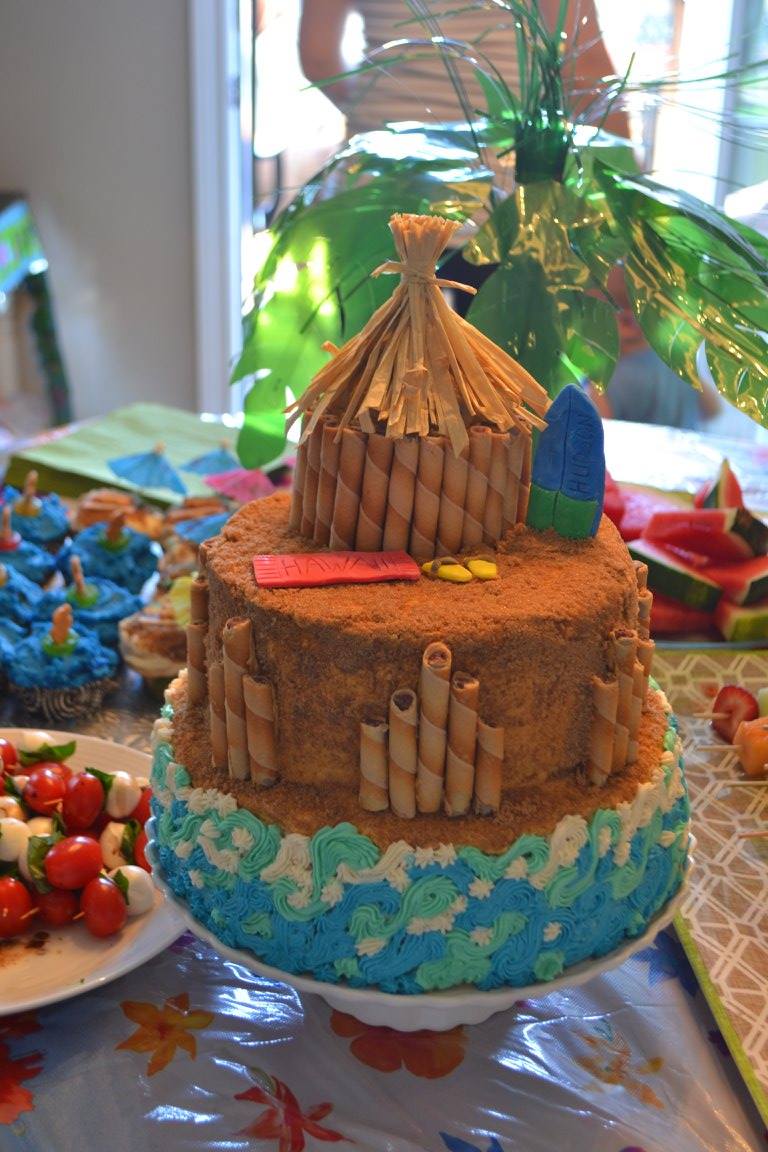 A Hawaiian themed birthday cake for a special little boy’s luau themed first birthday!  The base layer was comprised of two chocolate cakes, decorated with buttercream icing in a wave pattern while the middle layer was made of two vanilla cakes and coated with brown sugar to look like a sandy beach; the adorable tikki hut on top was a mini cake made especially for the birthday boy, and covered with chocolate wafers to look like logs.  The small decorations on top of the cake were hand-crafted with fondant. 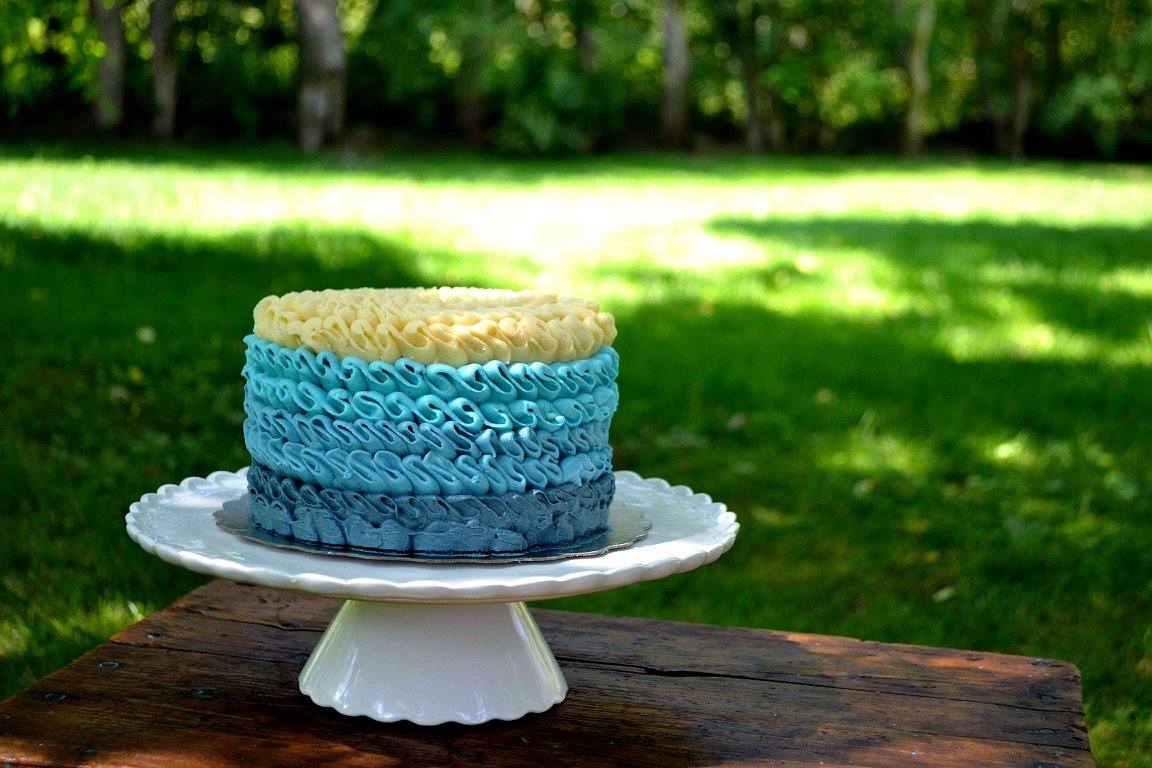 A much smaller version of the cake I was planning to make for my son’s first nautical themed birthday party, this cake was used for cake smash photos.  Three small vanilla cakes were stacked together and covered with a buttercream frosting in a wave style pattern. 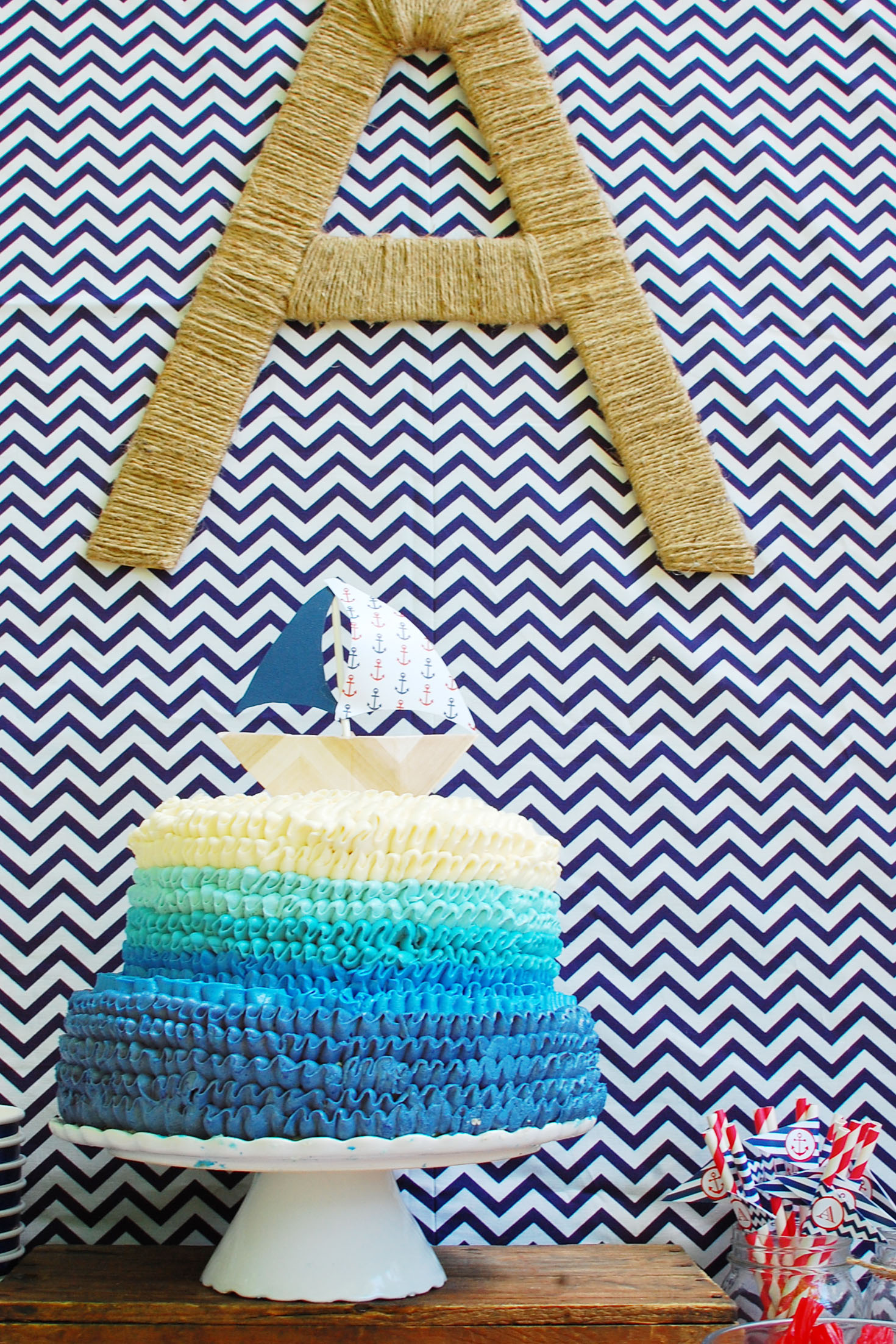 My son’s first birthday cake.  Also, my nemesis cake.  This cake and I did not get along.  At the time that I made this cake, it was the largest cake I had ever made.  And because I had made the cake smash cake a couple weeks prior without any issues, I wasn’t expecting there to be any problems.  Oh, how wrong I was.  The extreme heat, combined with the fact that I had no space in the fridge to store this gigantic cake while I was making it to let the icing properly set, made for a very “melty” look.  And because I kept handling the cake so much in an attempt to fix it, it developed a mean lean.  At the end of the day, I iced this cake twice (I completely iced it the night before the party and then scrapped it all off and iced it again the day of the party), and went through about a pack of crackers trying to fix the lean (stuffing them between the layers)  and about 10 pounds of butter for the icing!  Needless to say, it was not my finest work, or the most enjoyable experience, but it certainly was a good learning opportunity! 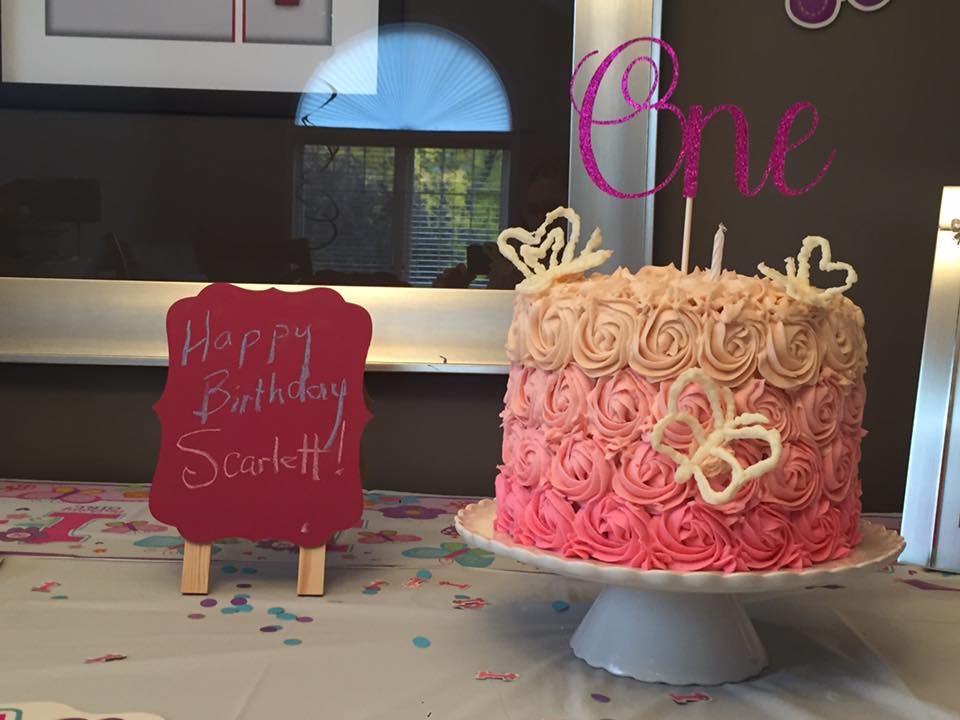 A sweet rosette cake for a sweet little girl’s first birthday.  This cake was made up of three vanilla cakes, topped with a buttercream frosting and hand made white chocolate butterflies. 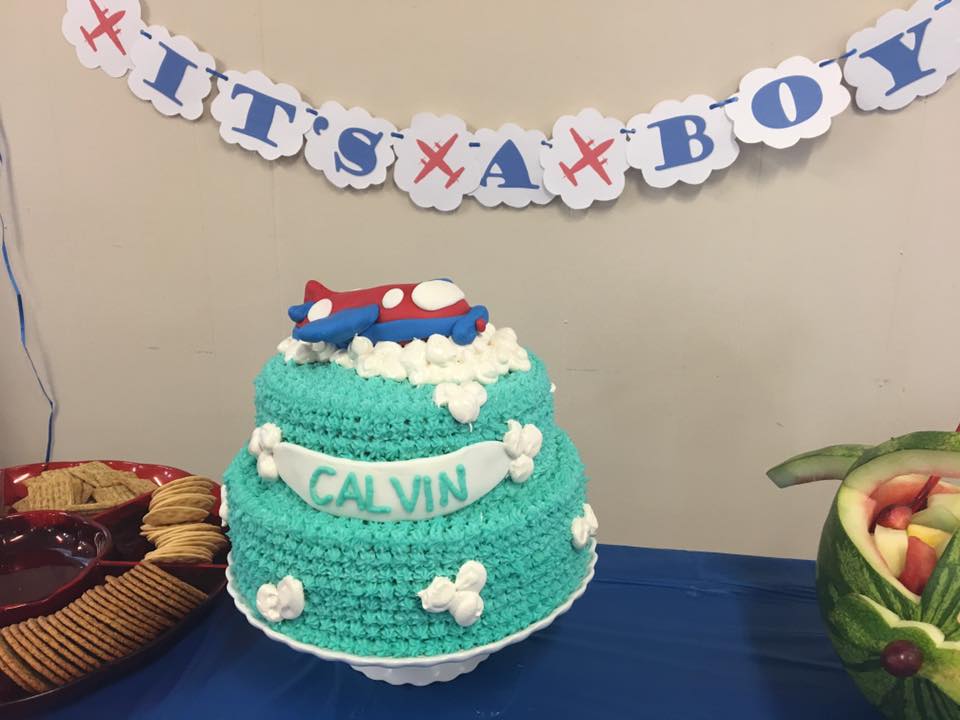 This mom-to-be LOVES everything to do with airplanes, so an airplane themed cake for her airplane themed baby shower was a must!  The bottom layer was vanilla and the top layer was chocolate; the entire cake was decorated with a buttercream frosting and a special “cloud” frosting.  The airplane on the top was handmade with fondant. 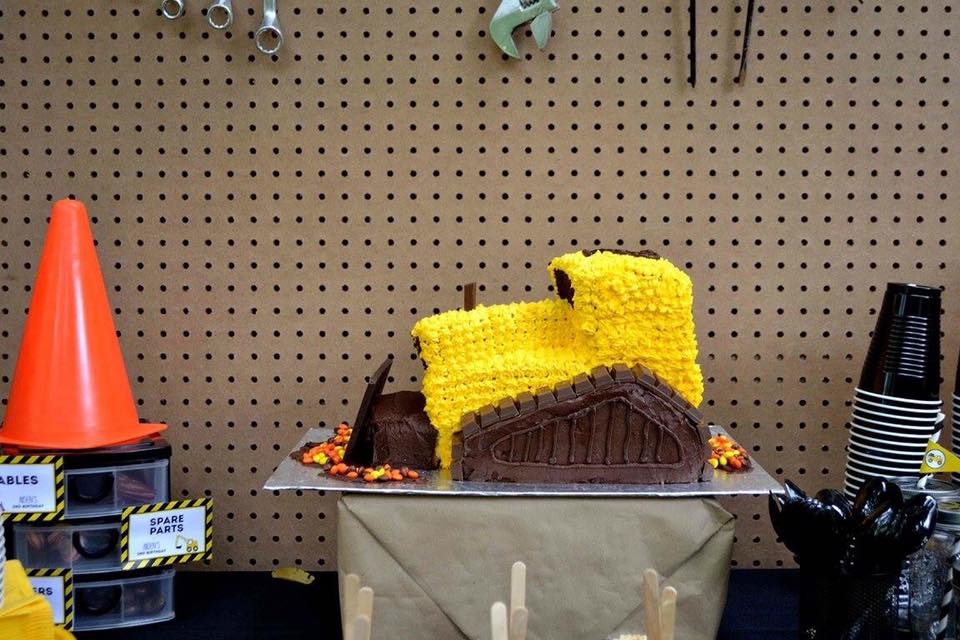 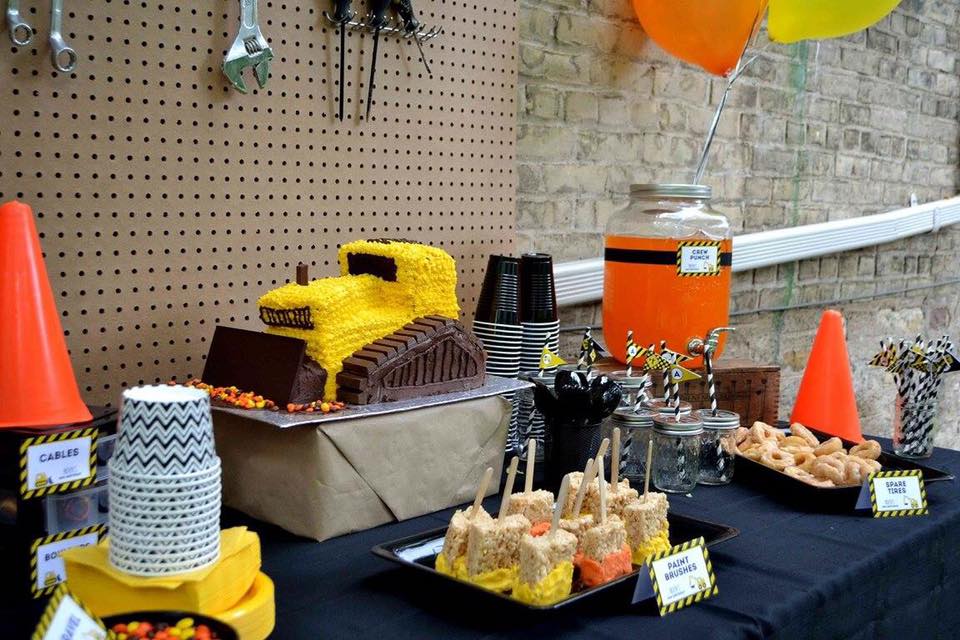 Since my son’s second birthday party was construction themed, a bulldozer cake was an obvious choice!  This cake was made up of a LOT of random pieces of both chocolate and vanilla cake (which I just DIY stuck together with frosting in the general shape of a bulldozer) and finished with a buttercream frosting (in case it wasn’t obvious yet, I am OBSESSED with buttercream frosting!).  The blade at the front of the bulldozer was a large-sized chocolate bar and kit kat pieces were added to look like treads.  This was one of the most fun cakes I have ever made and was a big hit with the birthday boy – in fact, he still talks about it! 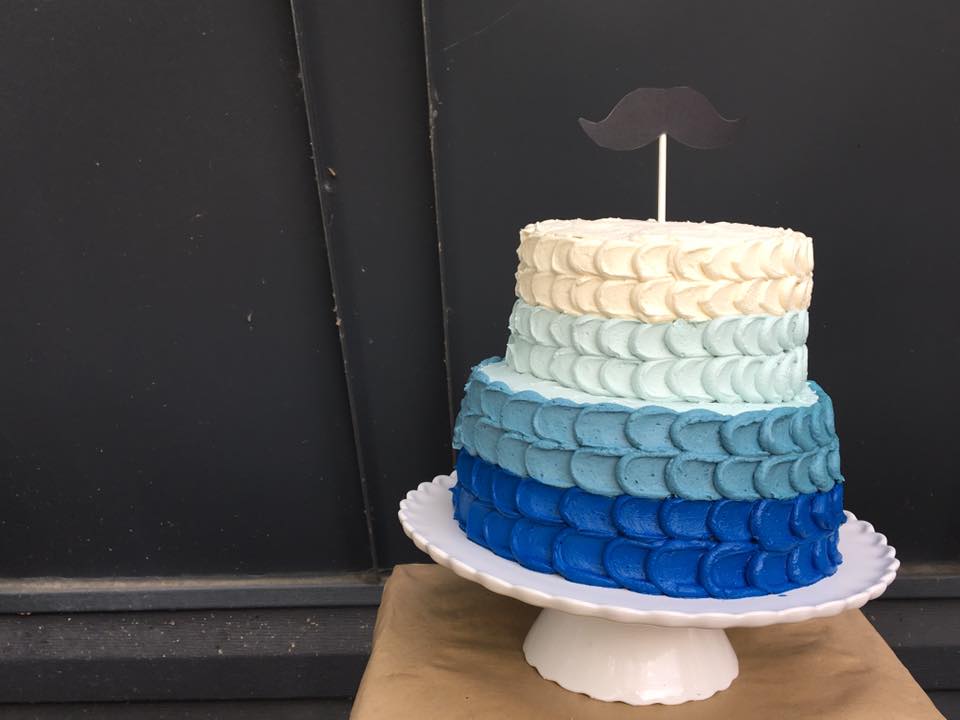 A “Little Mister” cake (there is a black moustache on top that is very hard to see!) for a “Little Mister” black, blue and white baby shower!  This was by far one of the easiest cake decorating techniques I have ever done, and I love how the finished product looks! 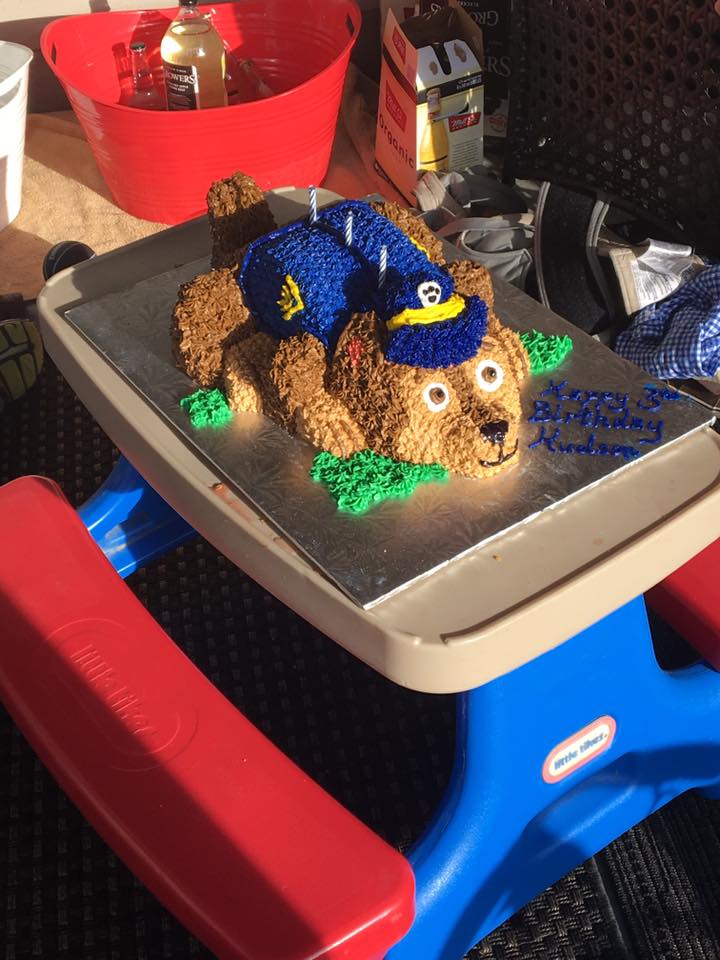 Another DIY built cake, this Chase cake was for a special little boy’s Paw Patrol themed birthday party!  Both chocolate and vanilla cakes were used throughout and buttercream frosting completed the look! 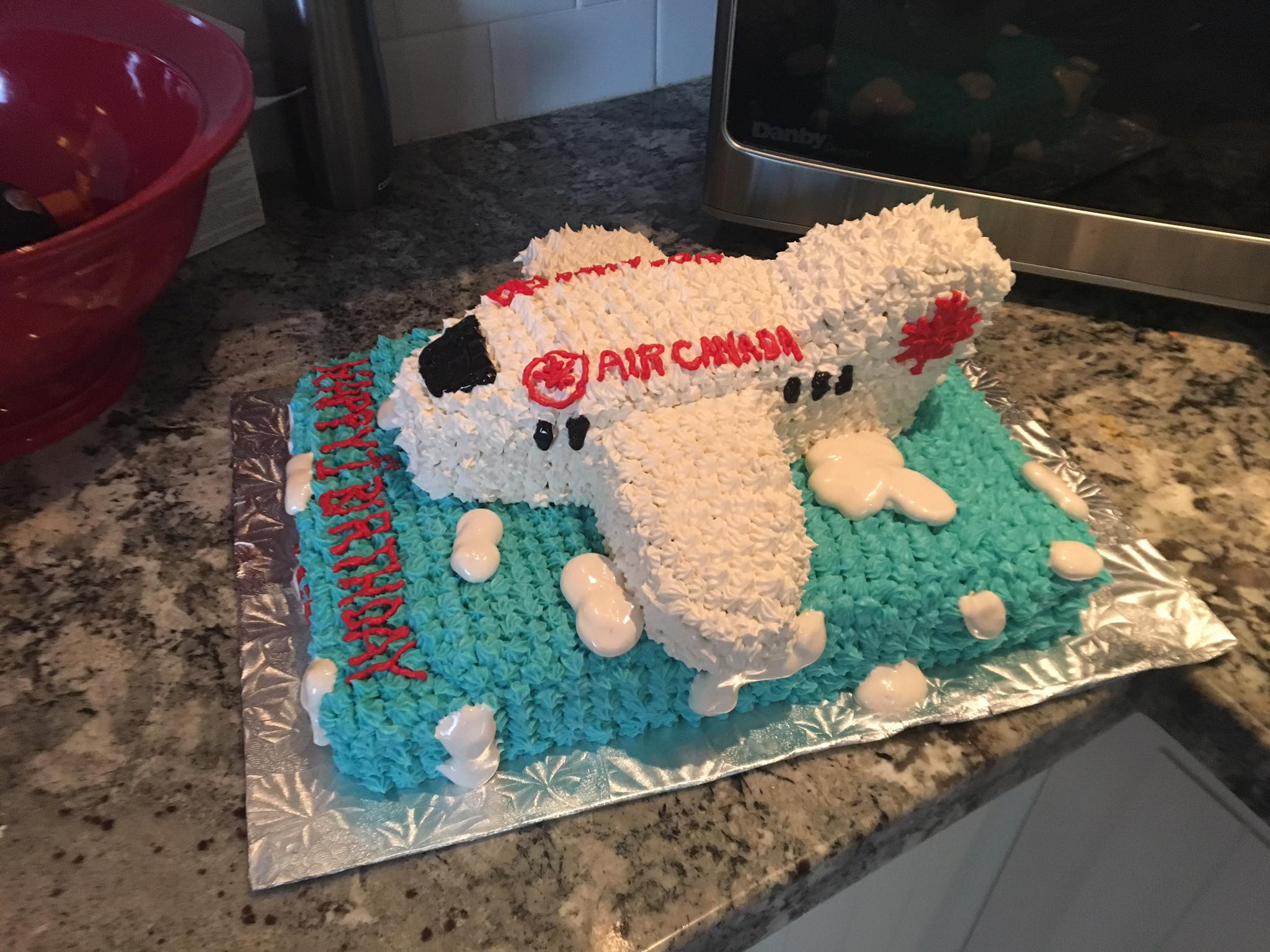 Another airplane cake for my airplane fan friend, only this time it was for her little guy’s airplane themed first birthday party.  Given that his dad is a pilot with Air Canada, this Air Canada plane seemed fitting.  The airplane was DIY created with chocolate and vanilla pieces, and buttercream frosting and “cloud” frosting were used again. 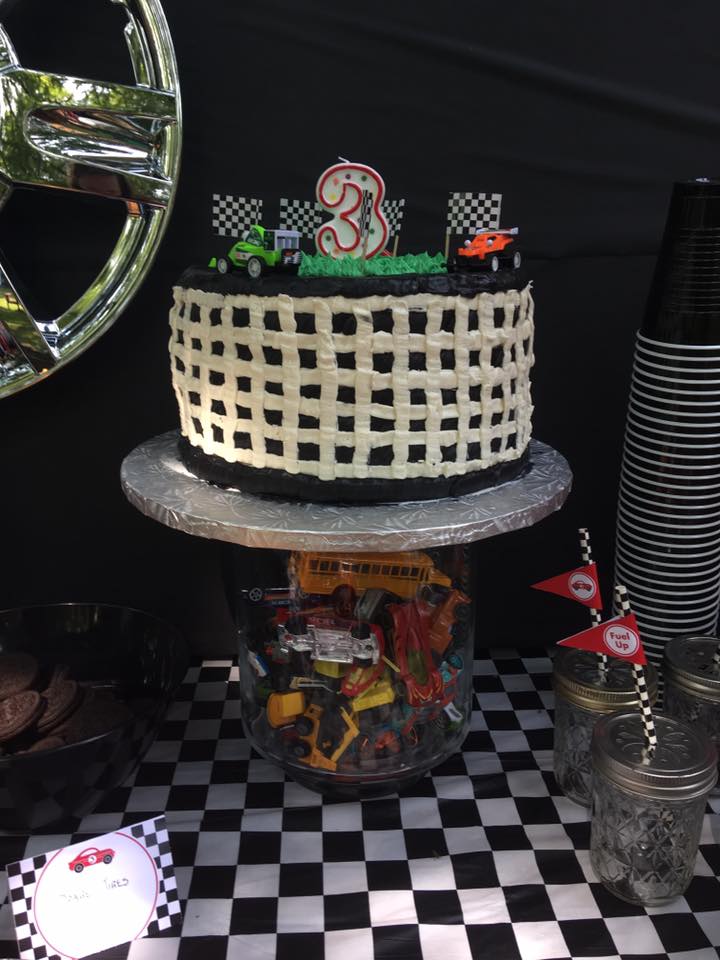 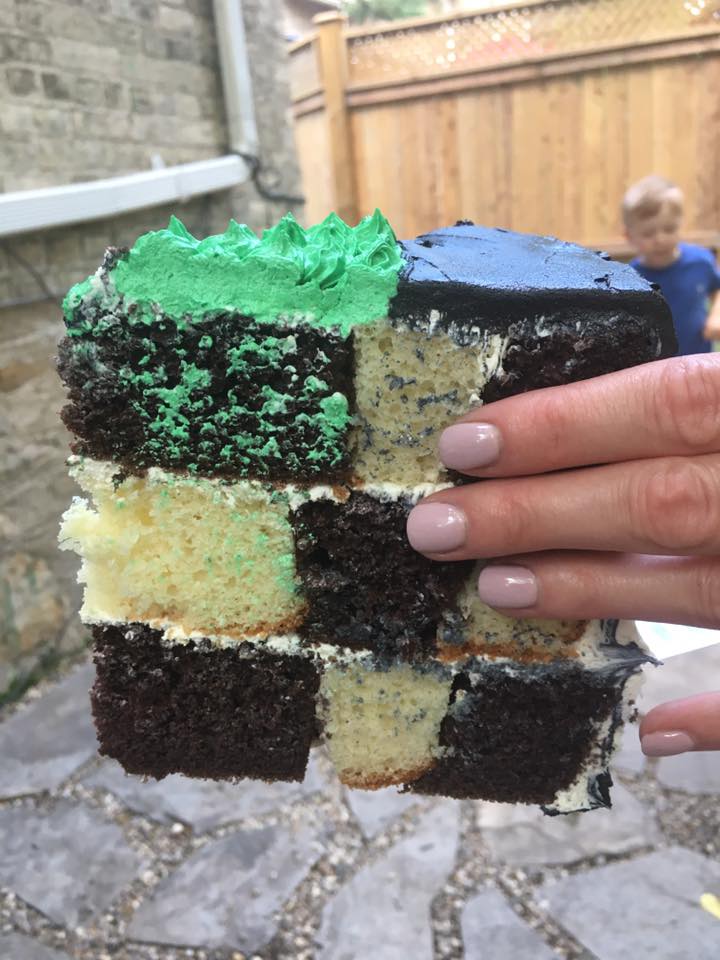 For my son’s third birthday party, we did a race car theme and this cake was the perfect addition!  While the outside looked neat with the black and white frosting, the really neat part was the inside checkerboard style cake (although my son still insists that the cars on top were the best part, I personally liked the inside the best – haha!). 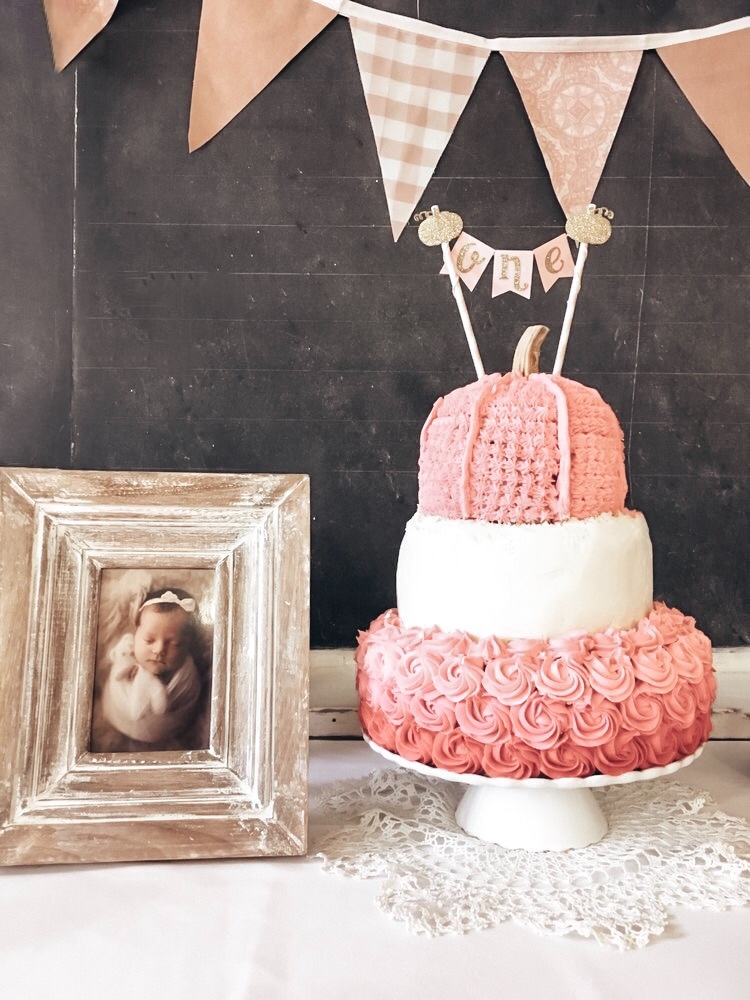 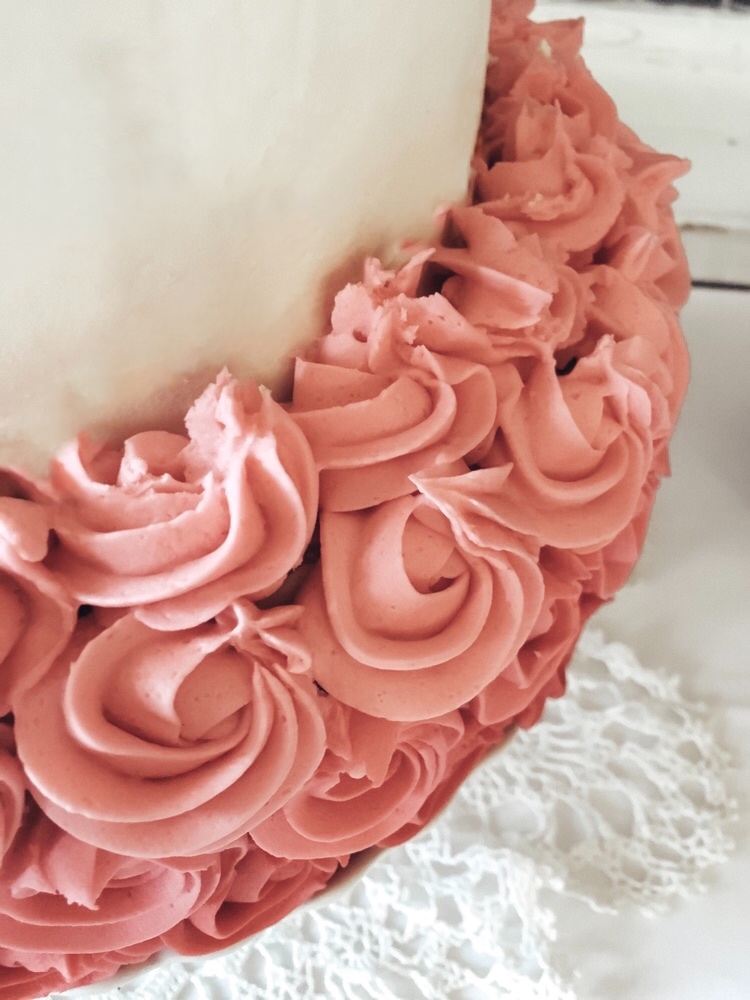 For my daughter’s first birthday party, which was a Vintage Pumpkin and Roses theme, I made a giant three tiered cake, with two vanilla layers (the top and bottom) and a chocolate layer (the middle).  The bottom layer was decorated with rosettes in buttercream frosting and the top was several pieces of vanilla cake pieced together to resemble a pumpkin (and topped with a real pumpkin stem to add some character!).

I hope you have found some inspiration in these pictures.  I would love to see your masterpieces as well!  Please share below! 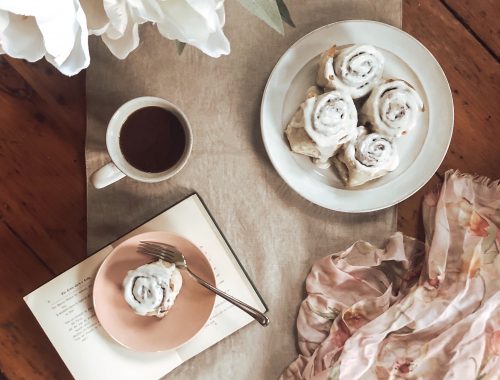 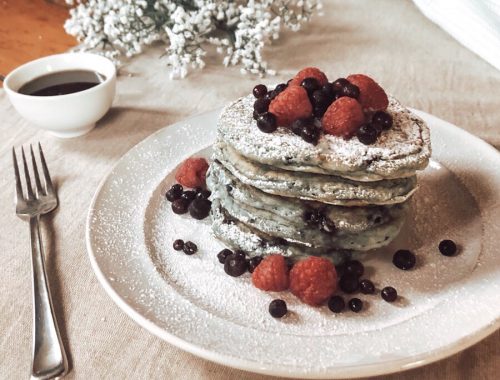 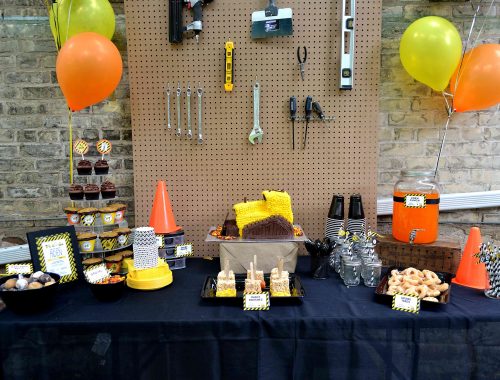 Can You Dig It? A Construction Themed Second Birthday Party!