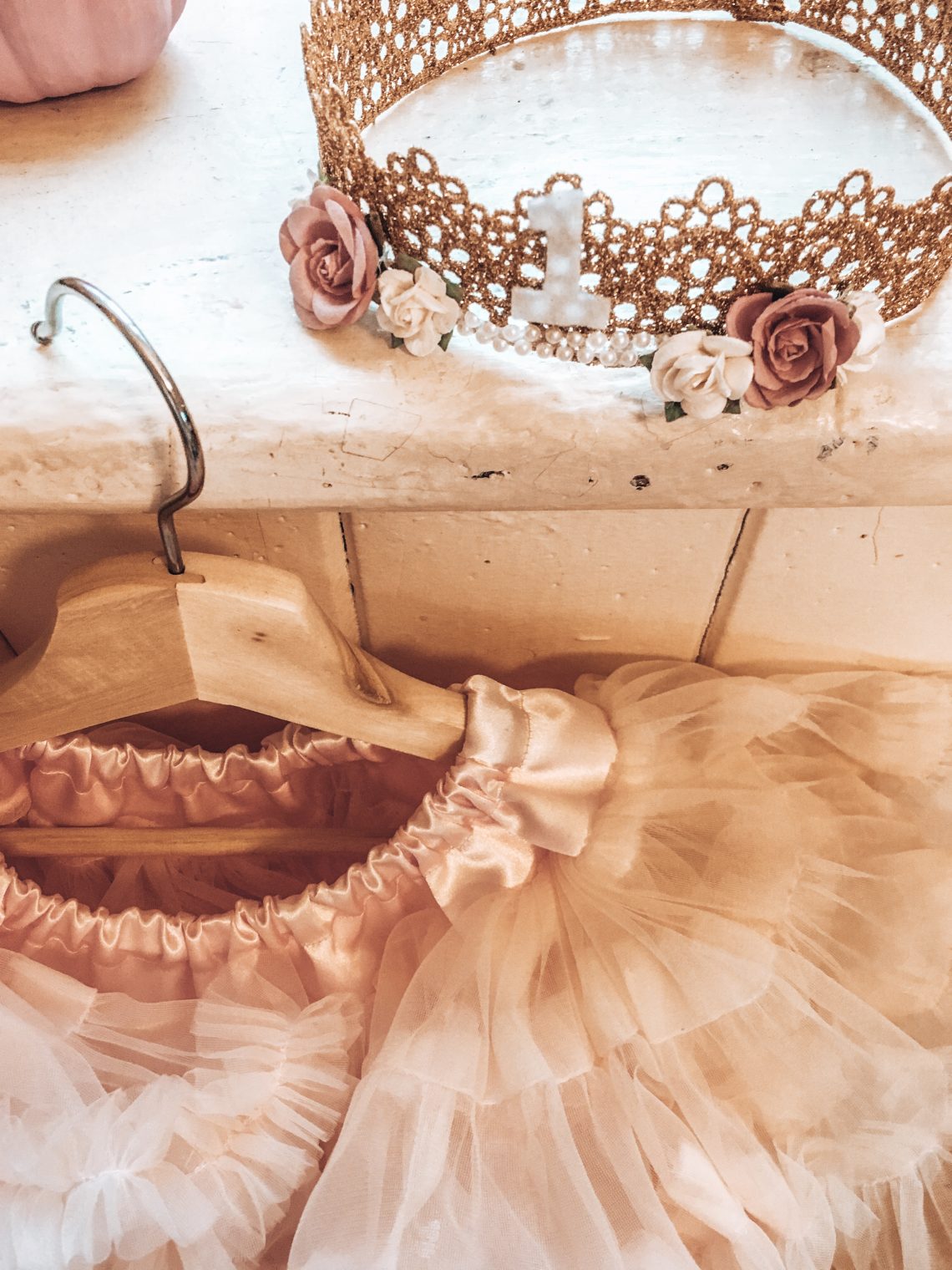 When I was planning my daughter’s first birthday cake smash photos, I was scouring Pinterest for photo ideas and fell in love with all the little crowns that kept popping up in the pictures.  After looking around at a few online shops, however, I was disappointed by the cost of the crowns, especially considering she was only going to wear it for her cake smash photos and first birthday!  After a little more thought, I realized that there had to be a tutorial on how to DIY make your own baby crown; a quick search produced a few results, but the one I liked best was this one, which has step-by-step instructions on how to make a lace crown.  I knew I wanted to make two crowns because we planned to go to Disney World for Reaghan’s actual birthday (which was before her birthday party and cake smash photos), and I really wanted to get some pictures of her in a crown in front of the castle, but I knew that traveling with it would likely destroy the crown.  So, I found some perfect lace that was flat along one edge and scalloped along the other at Michaels then largely followed the instructions set out in the Raising Memories tutorial to make two lace crowns; the only real difference between the ones I made and the tutorial provided was that I could not find any metallic paint that I liked so I covered my lace crowns with glue then dumped gold glitter all over them, creating a very sparkly finish on each!  I did have to spray them with a bit more fabric stiffener afterwards because the weight of the glue and glitter decreased the stiffness created by the fabric stiffener.  Once the crowns dried, I added some material flowers and pearl beads on one and a couple rows of pearl beads on the other; a “1” cut from white felt completed each of the crowns.  Here are a couple pictures of the crown my daughter wore for her cake smash photos and to her first birthday party: 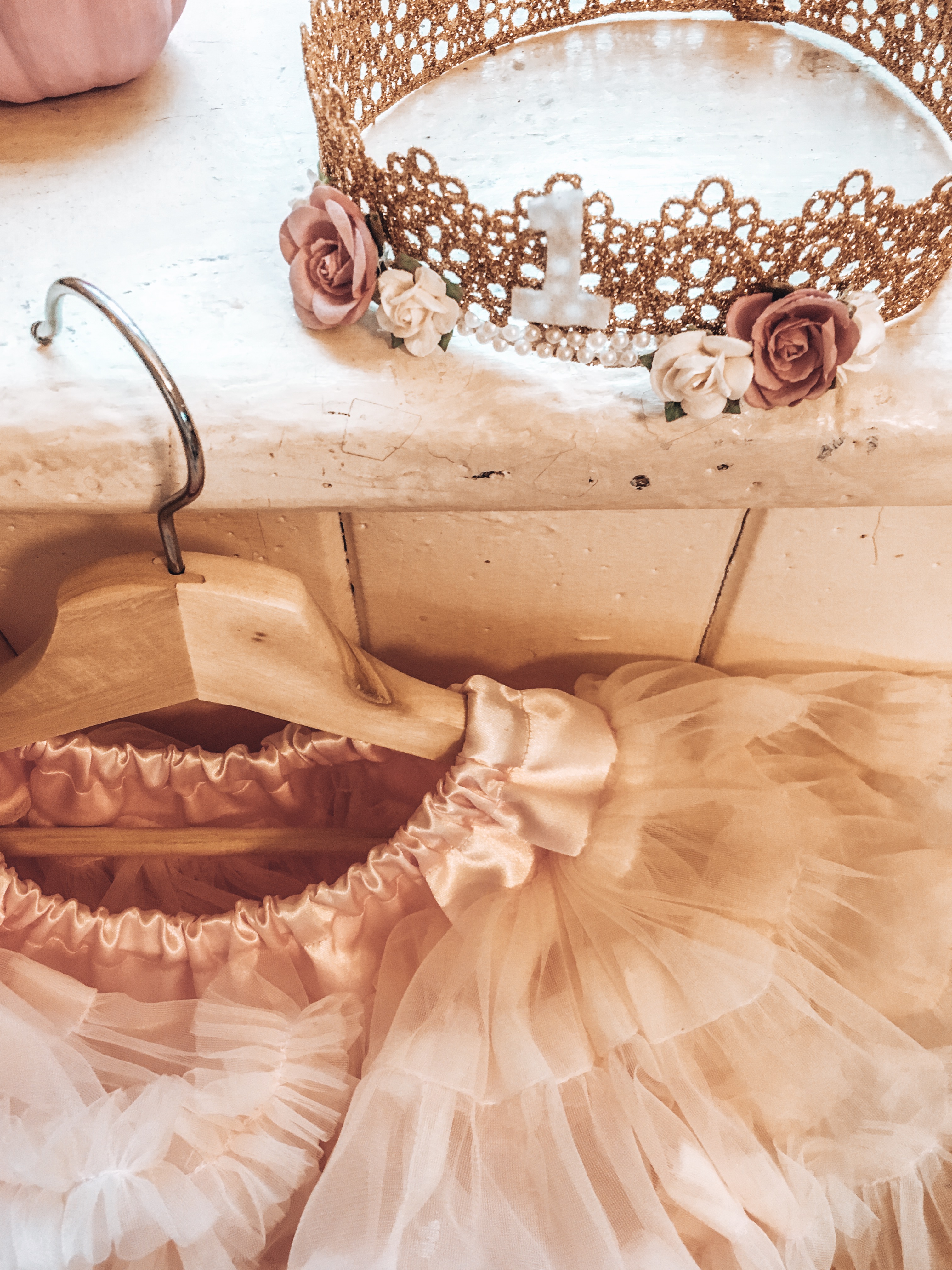 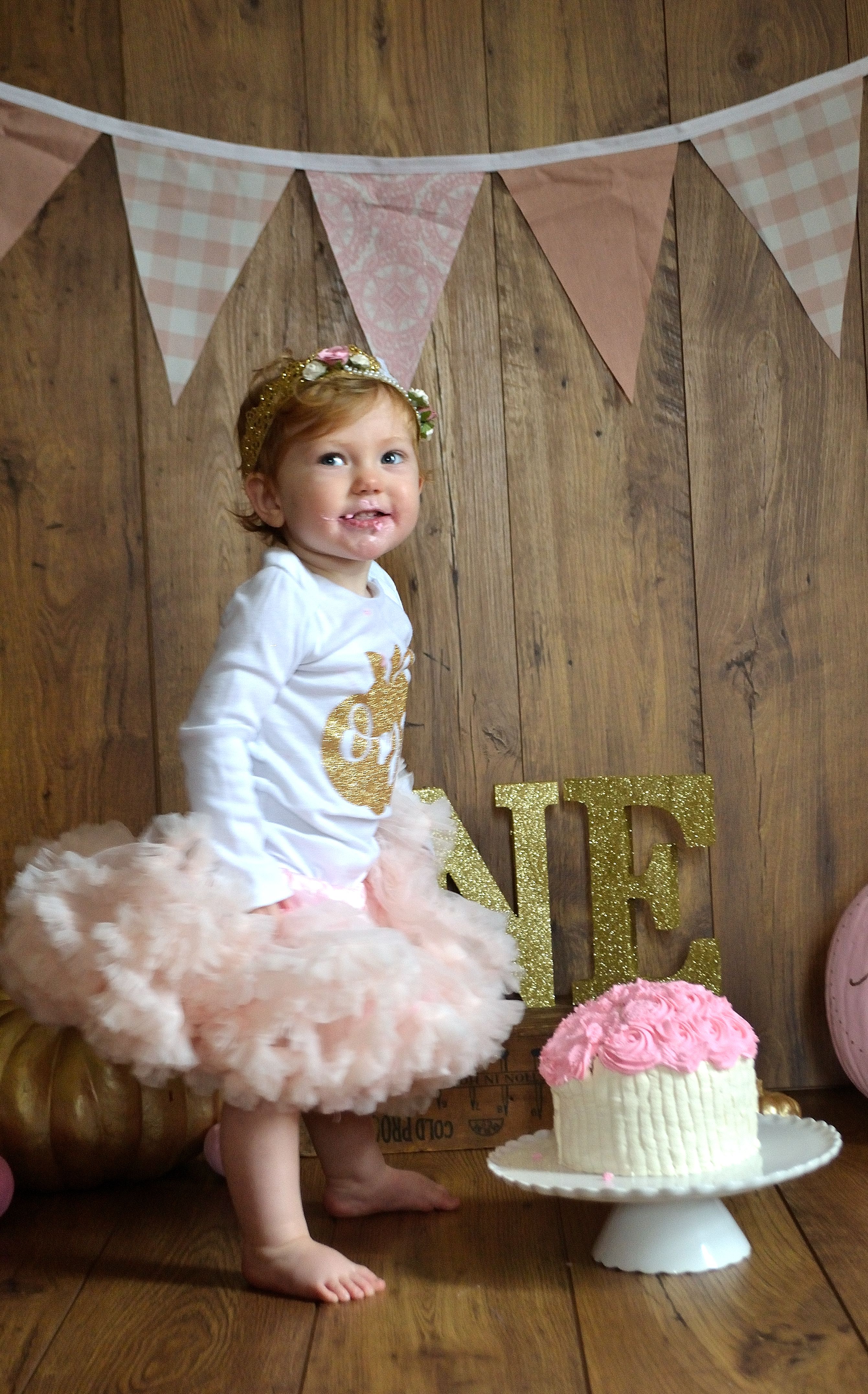 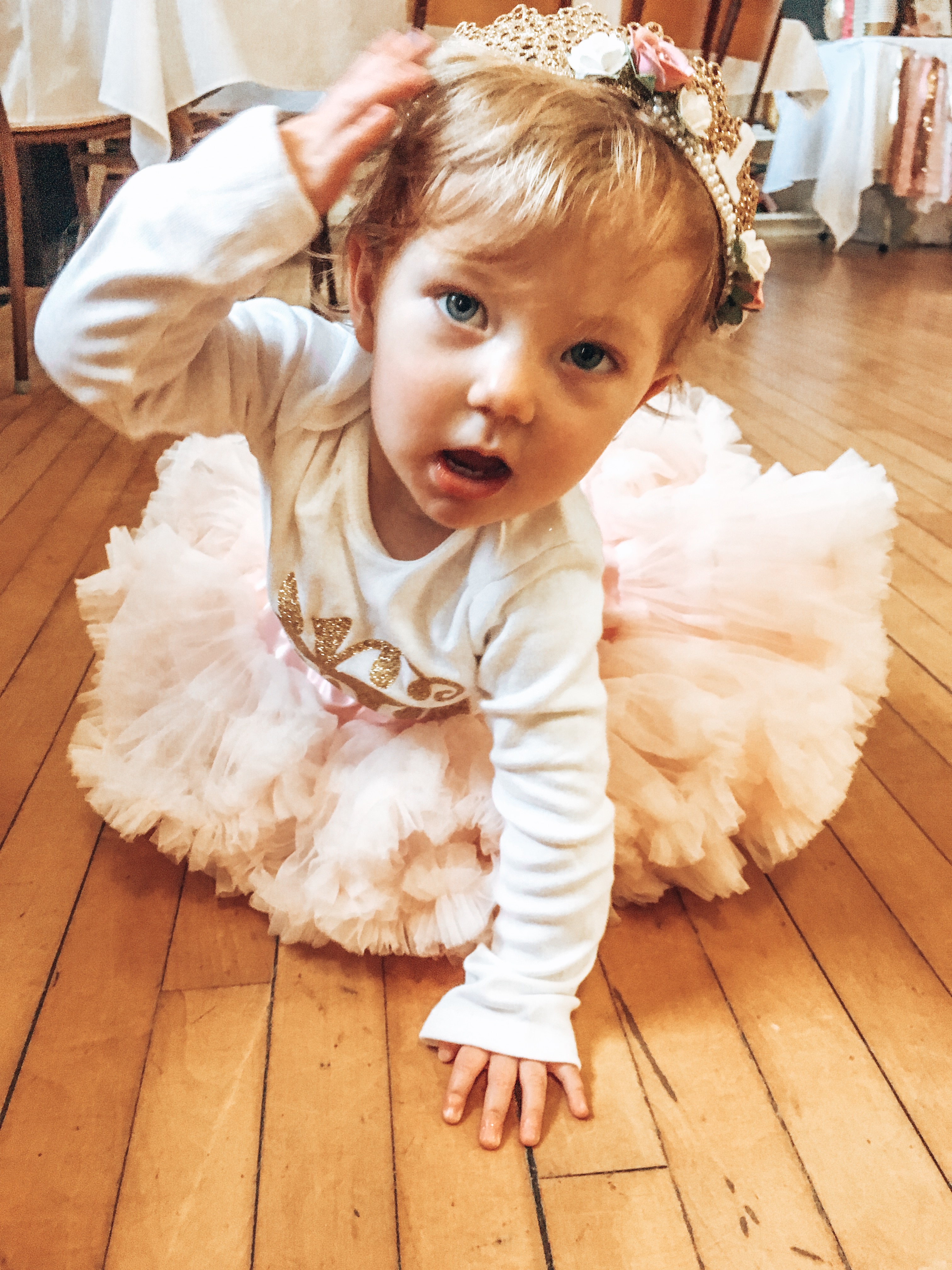 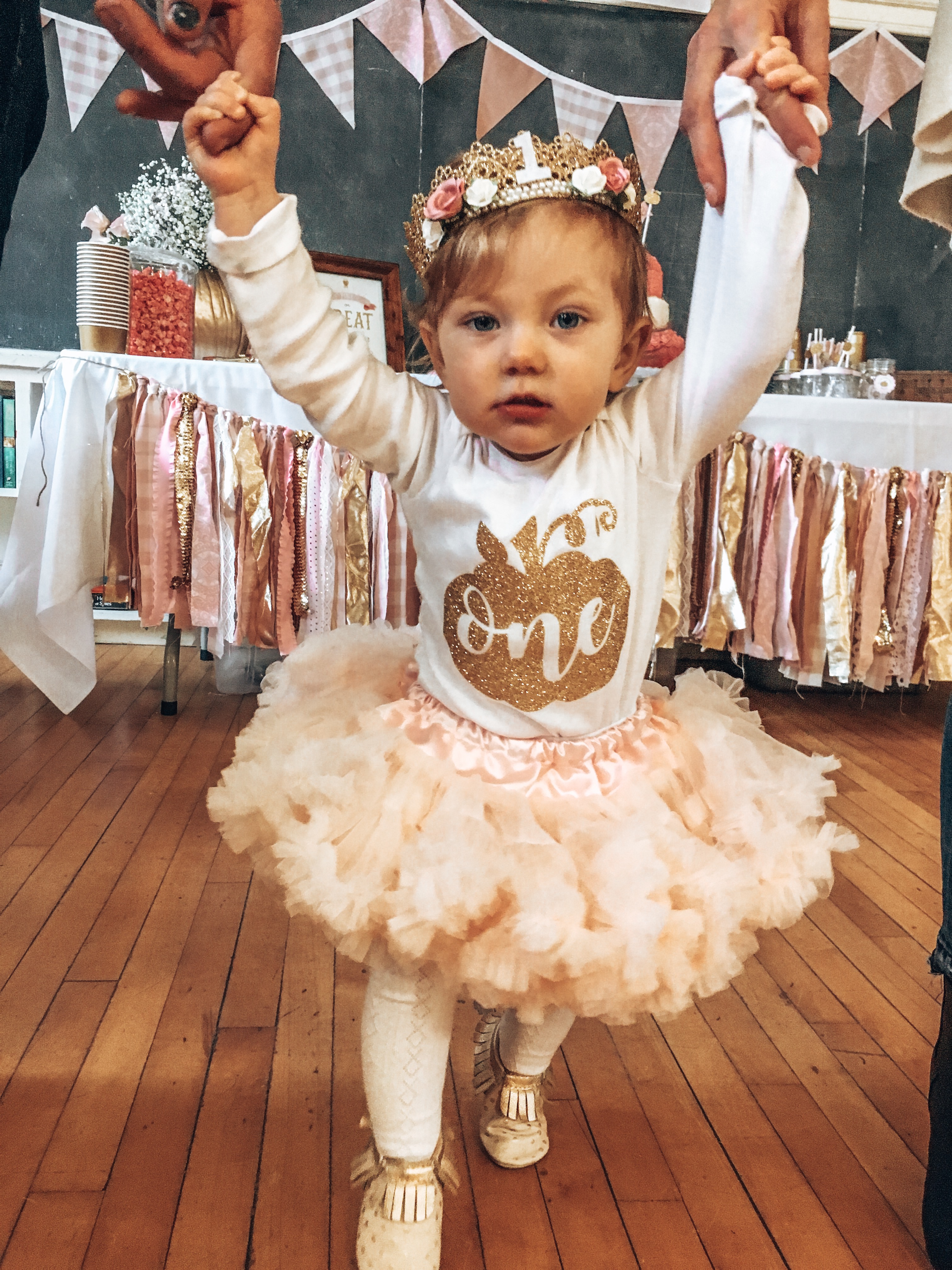 And here she is rocking her lace crown in Disney World on her birthday! 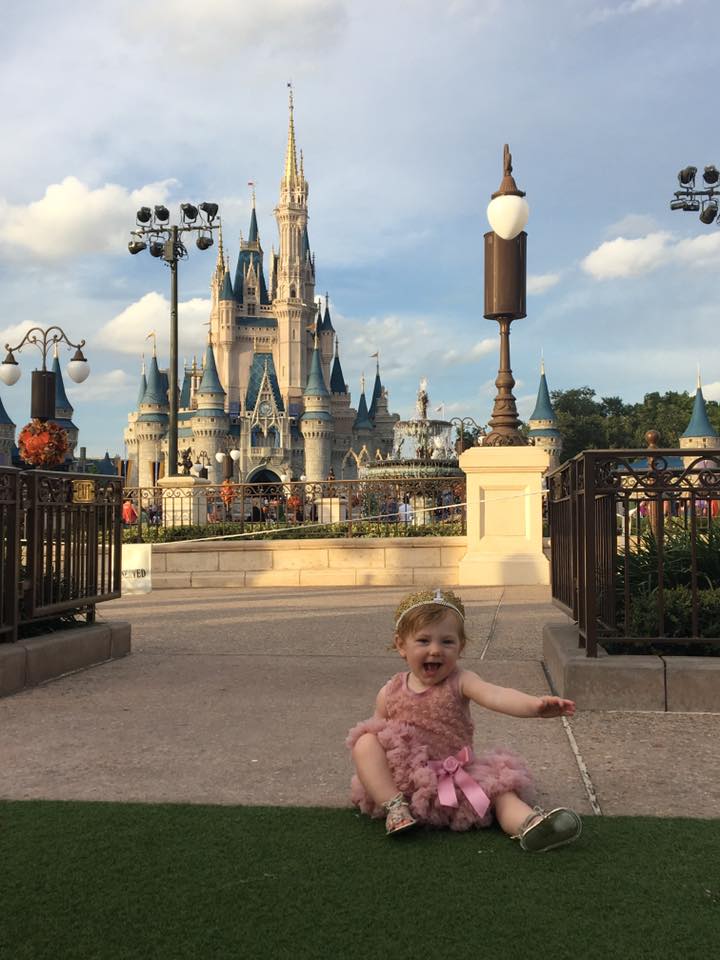 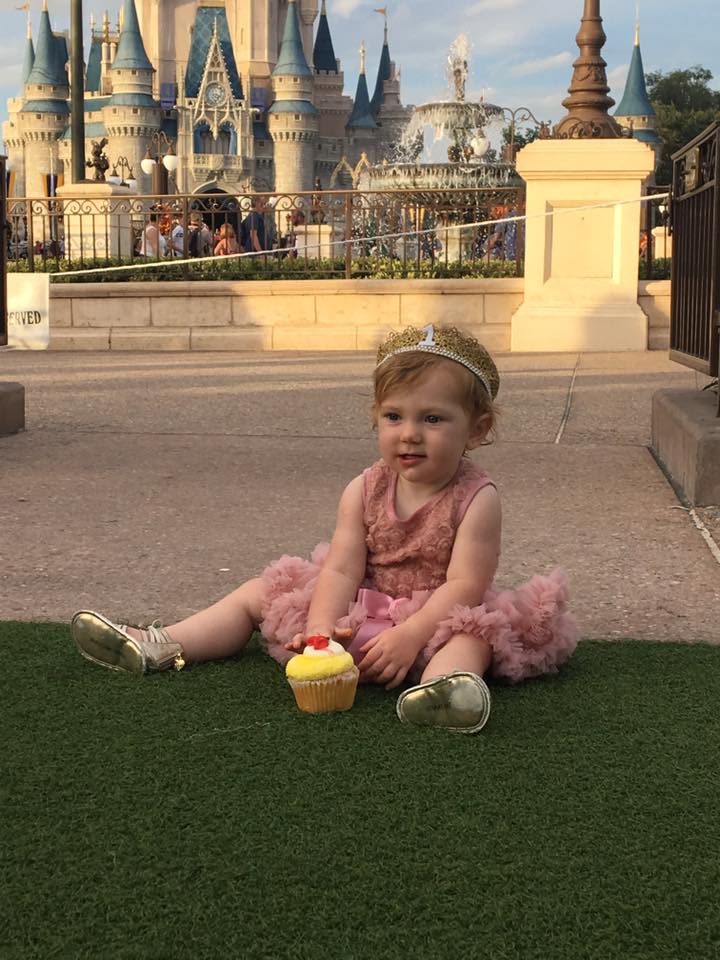 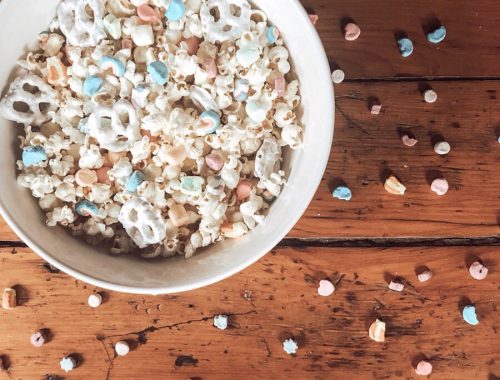 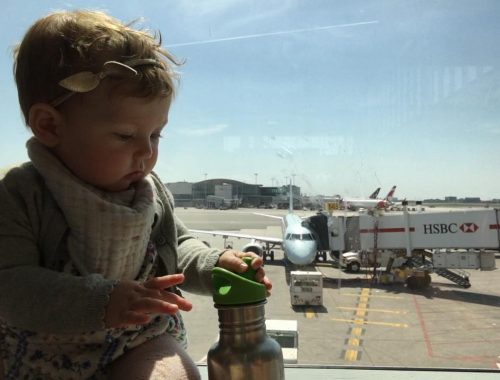 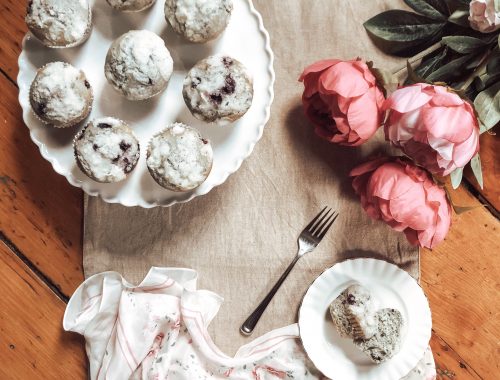